President Donald Trump often claims most people would never understand his taxes, and uses this as a defense of his refusal to share his tax returns with Congress or the public. Because it involves such a clear break from tradition, the President’s stubborn insistence on keeping his tax records private just feels wrong. However, it should not by any means be taken as evidence that he is doing wrong. The IRS tax code is voluminous and confusing, and in the realm of real estate entrepreneurship, these rules get even more specialized and sophisticated. 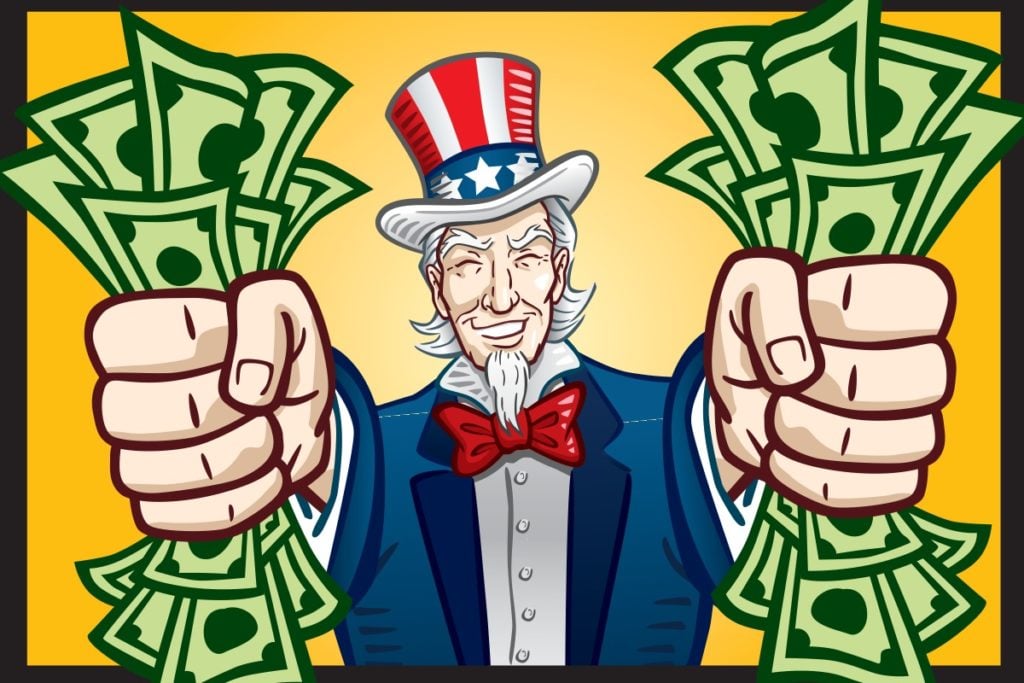 Even if Trump’s past tax returns are squeaky clean, they would almost certainly trigger unjustifiably outraged reactions, such as touting the returns as proof of the essential unfairness of the tax code. Here are a few of the major reasons why.

Skilled tax advisors counsel anyone with business income to scrupulously report every dollar of revenue received, while aggressively claiming every possible legal deduction. Occasionally, deductions more than cancel out revenues, resulting in a net operating loss (NOL). Rather infamously, NOLs enable companies to report huge incomes, yet still end up with no tax liability.

Once a net income of zero has been achieved, losses for that year cannot provide any further tax benefit. The big tax savings come from spreading these excess large losses out over multiple years, reducing or even eliminating one’s tax bill for up to a decade or more.

Prior to 2018, business owners had the option of carrying losses back for up to two years. The Tax Cuts and Jobs Act (TCJA) eliminated carryback losses, but indefinitely extended IRS provisions that allow carryforward NOLs for up to 20 years, with an annual limit for these deductions of 80% of taxable income. In 2009, comedians delighted in the failure of Trump magazine. Yet the President likely got the last tax laugh out of the deal, and perhaps still does today.

For most people, the most baffling aspect of the Trump tax returns would be the revelation that real estate professionals can claim big losses without really losing anything. The secret to this commonly practiced trick is mastering the depreciation of property for tax purposes.

At the moment a business owner purchases it, a 3D printer is a valuable company asset. Some years down the line, however, it will either break down or simply become as outdated as 1980s dot matrix printers. For this reason, companies can deduct their investment in such machinery over the course of several tax years as a depreciation expense.

Even though buildings often do not lose value over time, real estate professionals can still claim depreciation deductions for these properties. The results are often paradoxical: a property might actually triple in value while its owner simultaneously claims depreciation expenses over the same time period, suggesting that it no longer has any value at all.

One major obstacle to winning at the real estate depreciation tax game is the IRS requirement that depreciation expenses be spread out over a long time—typically 27.5 years for residential buildings and 39 years for commercial buildings. Since money loses value over time, tax-savvy real estate owners constantly search for ways to depreciate properties more quickly.

This quest gave rise to the fine art of cost segregation. Imagine that a random citizen—let’s call him Donald J. Trump—purchases and renovates a luxury hotel. Rather than waiting 39 years to get the full depreciation benefit for the building, Mr. Trump hires a team of engineers to identify elements of the hotel that can be separated out from the building as a whole for depreciation purposes. Examples include lighting fixtures, carpeting, fences, sidewalks/driveways, furniture, and workout room equipment.

Many of these items have a recovery period (the length of time over which depreciation expenses must be spread out) of only five, seven, or fifteen years. Better still, they likely qualify for either 100% bonus depreciation or listing as a Section 179 expense. Either classification would allow Mr. Trump to claim the entire depreciation expense for these hotel pieces in a single year.

How Multi-Tiered LLCs Baffle Everyone, Including Tax Attorneys

Wise business owners take steps to ensure that the failure of one enterprise does not result in the loss of personal assets or the assets of any of their other businesses. Organizational structures like LLCs and corporations provide personal asset protection. However, when created in isolation, these structures still expose company assets to creditors.

To reduce or eliminate this exposure, many entrepreneurs create tiered LLCs or corporations. As a very basic example, suppose our Mr. Trump operates a private golf course. He might establish one LLC to handle the operation of the course, while a separate company actually owns high-value assets like the landscaping equipment and golf carts. This type of organizational structure—using various holding companies, management companies, and operating subsidiaries—is known as multi-tiered ownership.

The extent to which creating multiple entities actually protects personal and company assets  depends upon where the companies in question are formed, registered, and domiciled. Delaware and South Dakota, for example, have extremely owner-friendly entity laws for asset protection and privacy. In any case, tracking the flow of revenues and losses through a complex chain of companies can make even a seasoned tax pro’s head spin.

In a previous article, I outlined one of oil tycoon J. Paul Getty’s most innovative strategies for shielding the family fortune from taxation. He invested enormous amounts of money into acquiring prized artwork and other cultural artifacts, then promoted the idea that by caring for these irreplaceable items, he was providing a service to humanity.

Getty’s novel concept can be seen as the forerunner of easements, a form of in-kind contribution that has been strategically employed at multiple Trump properties. Under easement agreements, property owners pledge to preserve some precious asset (such as a selective land lot, pristine forest, or the original crown moldings in a lodge) in an unaltered state.

The theory behind easements involves the property owner effectively making a deductible charitable contribution by passing up any chance to develop or improve the property in order to achieve its “highest and best use” valuation. The controversy that persistently swirls around these deals—and there is quite a bit of it—centers on the fact that taxpayers receive credit for a contribution without actually relinquishing ownership of anything.

Smoke and Mirrors Reveal No Mischief

If just a few of these predictions about the contents of the Trump tax returns hold true, his critics will surely see all those mysterious losses and donations as the smoke that likely conceals a raging fire of scandal. However, the fact is that any seemingly apparent shenanigans are actually the absolutely legal exploitation of the gigantic and unwieldy tax code.