There is nothing new about people moving from a northern state to the mild climate of Florida in their later years. Yet when octogenarian billionaire Carl Icahn recently announced plans to relocate not only his residence but also his entire business from New York to Miami, he was thinking about more than just warm, sunny days. 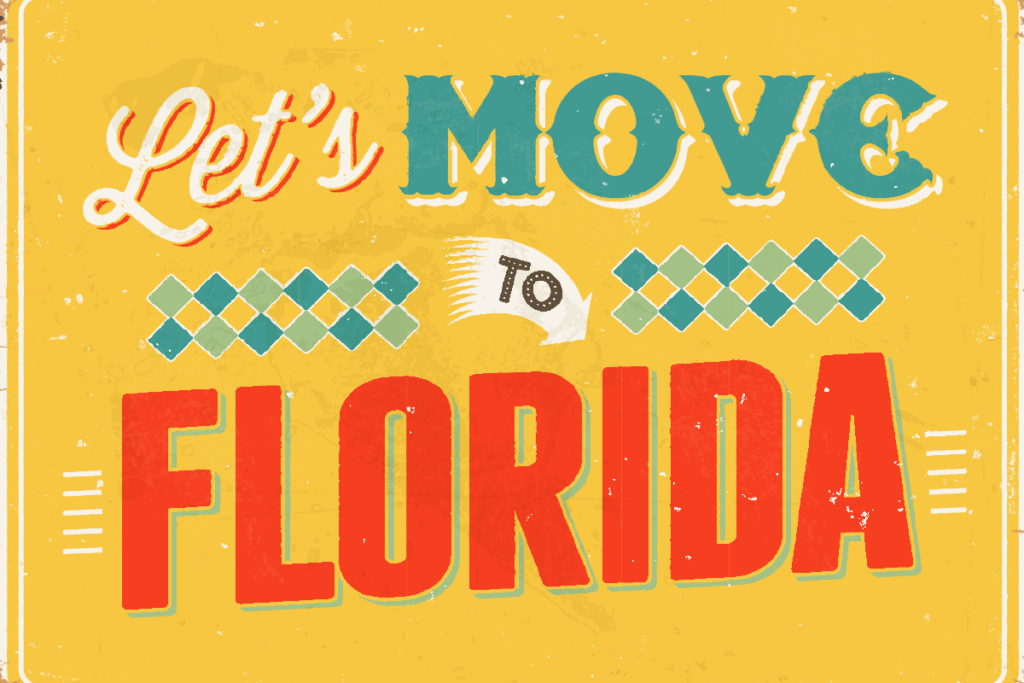 The Tax Cuts and Jobs Act (TCJA) greatly increased the tax incentive to move to the Sunshine State, both for older taxpayers and for many who are nowhere near retirement. Florida is one of seven U.S. states with no state income tax, while New York has income tax rates exceeding 8%, with additional income taxes levied within New York City.

How the TCJA Changed the State Income Tax Game

The tax discrepancy between high-tax northern states like New York, New Jersey, and Minnesota and no-income-tax states like Florida and Texas has existed for decades. However, prior to 2018, people in high-tax states could recoup some of their income tax losses by claiming a State and Local Tax (SALT) deduction on their federal tax forms.

The TCJA has now limited the SALT deduction to $10,000 annually (NOT adjusted for inflation) through at least 2025. While this change will not affect many low and middle-income filers, the tax implications for higher-income individuals are substantial. The new rules surely influenced Icahn’s decision to move his entire operation south.

A lot of younger northerners are seriously considering changing their official residence to Florida as well. Yet for those who choose to split time between Florida and New York, escaping the Empire State’s taxation clutches can prove more difficult than one might expect. To actually save big money on taxes by relocating to Florida, it is essential to understand three critical ideas: domicile, statutory residency, and nonresident income tax.

What “Domicile” Means and How to Establish It in Florida

In the eyes of the tax law, even if you use multiple dwellings spread across several states, you have only one domicile. The official IRS definition of “domicile” centers on two main criteria:

While the basic idea is clear enough, defining domicile in this manner creates a massive gray area. Proving intent is extremely difficult in a legal proceeding—as smart as revenue agents are, they still cannot read minds. Therefore, the IRS and state tax agencies examine a variety of actions as indicators of intent when evaluating someone’s claim of a change of domicile.

As a starting point, auditors will consider how much of the year a person spends in a particular location. However, they are equally interested in the person’s level of personal connection to a place. Active participation in local organizations and developing friendships in the new city will be seen as evidence of a legitimate domicile change. By contrast, if someone keeps all of his or her treasured heirlooms and family photos in a New York dwelling (what is sometimes called the “near and dear” criterion), auditors will likely conclude that Florida is not that person’s domicile.

Let’s consider two scenarios. Jake buys a luxury home in Florida and spends seven months a year there. However, he also keeps his small New York condo, which has dozens of pictures of his children and grandchildren on its walls. When he is in Florida, his two 12-year-old cats remain behind in New York, where his daughter cares for them. He also maintains his membership at a New York City Racquet Club, along with his position on the board of a Brooklyn philanthropic organization. He has no similar memberships in Florida.

Meanwhile, Carolyn rents an apartment in Palm Beach while keeping her expansive house in Albany. However, she removes most of her personal belongings from her Albany home and brings them with her to Florida, along with her dog. For eight months a year, she resides in Palm Beach and rents out the Albany house. She resigns her positions at several Albany organizations, and joins a quilting club and a voting rights advocacy group in Palm Beach. Her email and phone records show that she is in close touch with multiple friends in Florida.

In spite of the fact that Jake’s more valuable real estate property is in Florida while Carolyn’s is in Albany, Carolyn has positioned herself far better to win a dispute with New York state over her domicile.

In the end, the most effective way to demonstrate intent is to actually have it. Taxpayers who genuinely want to make Florida their new permanent home will tend to take actions that most states will accept as proof of domicile.

Nevertheless, there are a number of specific steps that a taxpayer can take to bolster a claim of a domicile. First, he or she should file a declaration of domicile at the appropriate Florida county offices. This form is easy to obtain and complete.

Other important steps to establishing domicile include:

In short, taxpayers who want to change their domicile to Florida should move like they mean it, demonstrating the clear intent to make Florida their forever home. That sounds simple enough, but here is the kicker. Even after successfully establishing domicile in Florida, some New York transplants to Florida still receive an unpleasant surprise at tax time. A change of domicile does NOT automatically exempt a person from being taxed as a New York resident. There are still more hurdles to clear.

How to Avoid Being Classified as a Statutory Resident

“Statutory residents” of New York are people whose domiciles are elsewhere, but who spend so much time in New York that the state can legally classify them as residents for tax purposes. In most cases, the cutoff is spending 183 days (that is, over half of the year) in New York.

When attempting to steer clear of statutory resident classification, it is important to remember that any part of a day spent within New York’s borders will count as a full day toward the yearly total. The only major exception to this rule is that if one’s time in New York on a particular day is limited to a layover at an airport or other transit station (and one stays within the airport/station during the layover), the day will not be tallied.

Can New York Really Track How Many Days Someone Spends There?

At first blush, the 183-day rule might seem extremely difficult for the state to enforce—and it probably was decades ago. Today, however, it is very hard not to announce one’s presence in New York to the authorities. Any of the following can serve as proof that someone was in New York on a given day: using a credit or debit card at a gas station or store, passing through a toll both, using a mobile device or laptop in any way that involves sending or receiving data (calls, text messages, email, etc.), having a vehicle serviced, and any other action that may inadvertently leave a digital footprint.

All in all, if a taxpayer knows that he or she spent part of a day in New York, it is extremely likely that New York knows too. Therefore, wise taxpayers take no chances with respect to the 182-day limit on time spent in New York to retain official nonresident status. Remember also that if someone uses a New York address to save money when purchasing items such as a state park permit or fishing license, the act will be taken as a de facto admission of New York statutory residency.

Returning to the example of Carolyn, she has nicely established domicile in Florida, and does not spend enough time back in Albany to worry about classification as a New York statutory resident. Does this all mean that she is in the clear with respect to New York income tax? It does not. Unfortunately, she is doomed to run right into the final hurdle.

Who Is Required to File a Nonresident State Tax Return?

Carolyn’s problem is that by retaining ownership of her Albany house and renting it out, she is earning income directly attributable to activity that occurs in the state of New York. In most higher-tax states, anyone who earns significant income within that state’s boundaries must pay state tax—even if the person is a nonresident with a Florida domicile.

Therefore, engaging in any income-generating activity that is physically rooted in New York generally means having to file a New York nonresident state income tax return. In addition to owning rental property, endeavors that create New York tax liability include operating a business location in New York (even just a product storage facility) or regularly performing in New York clubs and theaters.

Avoiding nonresident tax liability is easier for a sole proprietor who has no New York employees and operates a service-based business out of a Florida home or office. For example, a freelance website designer who (a) establishes domicile in Florida, (b) works at home and/or as a “digital nomad” by using public wi-fi, and (c) stays within the 182-day limit for time spent in New York per year, may have a pretty clear path to completely escaping New York income tax.

The bottom line is that breaking free from New York taxation takes much more than just acquiring a Florida address. Before even beginning to plan a move south, it would be wise to consult with an experienced financial pro who has handled numerous tax cases in both New York and Florida.

“Come On Down To Florida!”

New York’s nonresident tax rules explain why Icahn did not settle for moving his domicile to Florida, but is instead relocating his entire company to Miami as well. To avoid any risk of appearing to do business in New York, he has given all of his employees a choice: come along to the sun, or find a new job.

Moving for any reason is a huge project. Relocating to reduce one’s annual tax bill brings with it a whole slew of additional complications. However, for taxpayers of all ages today, climbing over all the resultant hurdles can yield major financial benefits over the long haul.