Wealthy on-screen icons throughout movie history have used secret Swiss and other foreign bank accounts to shield their untold millions from prying eyes. The idea of such accounts being beyond the reach of the U.S. Treasury held a grain of 20th-century truth. However, thanks to a host of new international disclosure agreements, today’s financial world is a very different, more transparent place. 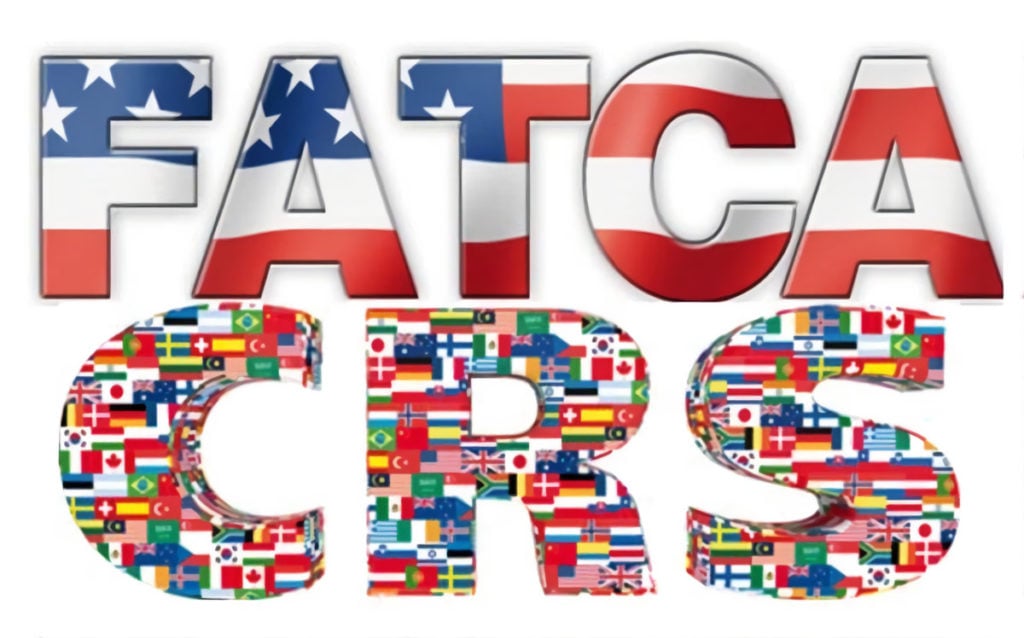 These changes do not exclusively affect billionaire tycoons. Even people with modest offshore holdings now have annual reporting requirements for their foreign accounts, with non-compliance carrying potentially stiff penalties.

I have been carefully tracking changes in the enforcement of foreign account reporting regulations for years. Now more than ever, upfront disclosure—not some ultra-secret account ID number—provides the best shield against negative consequences. Here are my key takeaways for getting out and staying out of filing delinquency trouble.

History and Purpose of the FBAR Form

The first form for anyone with foreign accounts to know about is officially titled FinCEN Form 114, Report of Foreign Bank and Financial Accounts. Most people in the know refer to this document by its informal name, the Foreign Bank Account Report, or FBAR (formerly TD F 90-22.1). Notice first that the FBAR is not an IRS form. In fact, its creation had little to do with tax code enforcement.

The acronym FinCEN stands for the U.S. Treasury’s Financial Crimes Enforcement Network, a title that provides a major clue about the FBAR’s origins. Efforts to uncover money laundering schemes were a critical component of massive federal crackdowns on racketeering during the 1970s. Recognizing that foreign financial institutions often aided and abetted such enterprises, Congress enacted new reporting rules for anyone with offshore financial holdings, including the annual FBAR filing requirement.

However, even after FinCEN gained official status as a Treasury department in 1990, the agency lacked the tools to enforce reporting laws. Compliance with FBAR filing requirements was the exception, not the rule, and punishment for delinquency was a rarity.

As part of the U.S. effort to thwart global terrorist organizations, the Patriot Act (signed by President George W. Bush on October 26, 2001) called for stepped-up pursuit of those who fail to comply with foreign account reporting rules. In response, FinCEN requested that the IRS, with its more sophisticated enforcement infrastructure, assume administration of the FBAR program.

The IRS succeeded in gradually pushing filing compliance numbers upward throughout the 2000s. In the process, the agency discovered that in addition to its usefulness in exposing money laundering and other monetary crimes, the FBAR serves as a powerful tool for combating tax evasion. It will therefore come as no surprise that the IRS continues to step up its enforcement of foreign accounts disclosure laws today.

Who Must File the FBAR, and How Is It Filed?

FBAR filing requirements cast a wide net. Basically, if a “U.S. person” (IRS term for American citizens living at home or abroad, plus other legal U.S. residents) has foreign financial holdings, the odds strongly favor that person having an FBAR filing obligation. The same is true of other American entities like trusts, estates, and businesses.

To be precise, any U.S. person or entity with specified foreign accounts with a combined value exceeding $10,000 at any point during the year must file an FBAR for that year. Note that the $10,000 filing threshold refers to the total value of a person’s foreign accounts; one cannot create a loophole by dividing foreign holdings among multiple small accounts. Couples may file a joint FBAR only if all reported accounts are jointly held.

So what are “specified accounts”? In addition to bank accounts, this term covers brokerage accounts, mutual funds, and various other investments like many retirement plans and life insurance policies. Importantly, FBAR filing requirements apply both to those with a financial interest in the account (essentially, account ownership) and those who merely have signature authority.

Although the IRS wields enforcement authority over the program, the FBAR is not a tax form and should NOT be sent to the IRS. The form retains its classification as FinCEN Form 114, and filers must submit it electronically through FinCEN’s web portal. The filing due date generally matches the income tax filing deadline for the same tax year—typically, April 15, with a six-month automatic extension available to October 15.

In a nutshell, FATCA (the Foreign Account Tax Compliance Act of 2010) forces non-US banks to tell the IRS about the holdings of their US customers. FATCA also beefed up the Treasury’s enforcement and reporting regulations by introducing new FATCA-related IRS forms that many taxpayers must file with their IRS returns.

Interest and dividend income from foreign financial accounts must generally be reported on Form 1040, Schedule B. In addition, individuals with foreign assets in excess of $50,000 at end of the year, or $75,000 at any point during the year, must file IRS Form 8938, Statement of Specified Foreign Assets. The filing threshold for joint filers is $100,000 at year end or $150,000 at any point during the year. Because Form 8938 is a tax form, it must be filed as part of the person or entity’s federal income tax return.

If a filer provides details about a foreign account elsewhere in the tax return (for example, when reporting interest and dividend income), the details need not be repeated on Form 8938. It is usually sufficient in such cases to simply list the account and include a note like, “See Schedule B, Lines 1 and 5.” However, even if all of a person’s foreign holdings are accounted for on other forms and schedules, Form 8938 must still be filed as a summary.

Before filing Form 8938, taxpayers must generally register for the FATCA program, either by submitting Form 8957 or by registering online at irs.gov/fatca. Once they clear the registration hurdle, filers might hope that the phrase “specified accounts” means the exact same thing for the FBAR and Form 8938, making it straightforward to carry information over from one form to the other.

No such luck, unfortunately. In addition to unequal reporting thresholds, FinCEN Form 114 and IRS Form 8938 have different rules with respect to which accounts filers must report. To name just three:

Hence, while there is certainly substantial overlap in the information needed to complete these two forms, it is not a “one stop shopping” proposition. Filers must meticulously follow the instructions for each form to ensure that the right information goes to the right agency.

What is the Common Reporting Standard?

Many Americans with filing obligations surrender to the lure of a “hide and hope” mentality. They blind themselves to the rules, neglect to file, and pray that the IRS will not notice.

I cannot recommend strongly enough against such a mindset. Thanks to intergovernmental agreements like the Common Reporting Standard (CRS), whose specific purpose is to combat tax evasion, the U.S. Treasury has greater access to international financial data than at any time in history. CRS (which is sort of the inter-continental version of FATCA) provides for an automatic global exchange of financial account information between governments, financial institutions, and other governments. The Organisation for Economic Co-operation and Development (OEDC) created the standard and provides enforcement guidance and oversight through its CRS Implementation Handbook.

You’ve Heard of the Panama Papers?

The 2016 publication of the Panama Papers added fuel to the FATCA enforcement fire. This massive trove of 11.5 million leaked documents detailed all manner of corporate financial shenanigans facilitated by offshoring bank accounts, thereby bolstering public support for IRS pursuit of anyone violating disclosure rules. Previously confidential personal and attorney-client information about wealthy celebrities, politicians, and other high-profile public figures was exposed — close to 40 years of data was stolen from the now defunct Panamanian law firm Mossack Fonseca. These lawyers were experts in creating shell companies and other corporate structures which were allegedly used to hide ownership of assets.

Penalties for Failing to File Required FBAR and FATCA-IRS Forms

The penalties for such violations are not trivial, to put it mildly. A non-willful failure to file a required FBAR (that is, a failure due to sincere ignorance of the requirement) carries a maximum penalty of $10,000. If the IRS deems the delinquency to be willful, the maximum penalty escalates to $100,000 or 50% of the total unreported account balance, whichever is greater.

Moreover, criminal penalties can enter the picture in cases of chronic, knowing failure to file. Meanwhile, a filing failure for IRS Form 8938 carries its own maximum initial penalty of $10,000, with escalating assessments if the delinquency continues.

In short, betting that the IRS will overlook foreign holdings is a very, very bad wager. The only safe path is to start with the assumption that enforcement agents will find the accounts sooner or later, and then opt for “sooner” through direct disclosure.

How to Cure FBAR/FATCA Delinquencies and Minimize Penalties

While I encourage healthy fear of the consequences of failing to report foreign accounts, it is equally important to remember that the C in FATCA stands for “compliance,” not “cruelty.” The statute primarily aims to increase the percentage of people and entities that meet their filing obligations, enabling all arms of the federal government to accurately track foreign movements of money.

Until recently, the IRS offered a ready-made path from delinquency to compliance, in the form of the Offshore Voluntary Disclosure Program, or OVDP. Unfortunately, the 2018 closure of the OVDP complicated the business of cleaning up past failures to report offshore holdings. Nevertheless, the system still heavily favors those who proactively seek to come into compliance. Given a choice, the IRS would rather work with delinquent filers than jail them.

For starters, anyone who has fallen behind on FBAR filings can stop the bleeding by following IRS instructions for submitting overdue forms to FinCEN. This action will not shield the filer from penalties, but it will likely reduce the size of those penalties, and in any case will stop them from continuing to accumulate.

Make-up filing is only a first step. Anyone concerned about potential disclosure issues for their foreign assets should seek out a financial pro who specializes in curing delinquencies. Trust only veteran advisors who are well versed in these filings and methods of penalty reductions.

Now Is the Time to Get Your Foreign Accounts In Order

The unmistakable trend since the early 2000s has been toward more aggressive IRS pursuit of those who fail to heed the reporting rules for offshore holdings, even unwittingly. The window of opportunity to transform the anxiety of delinquency into the peace of mind of compliance narrows every year.

Yet the picture is not all gloom and doom. Opportunities still exist to reduce non-filing penalties to a minimum by working with a financial expert who is intimately familiar with offshore account reporting requirements.