The type of IRA one chooses has major tax and estate planning implications. In a previous article, I looked at the advantages of Self-Directed IRAs, noting that they are best suited for risk-tolerant, exceptionally knowledgeable investors. By contrast, a strong argument can be made that creating a Roth IRA is a wise choice for everyone, regardless of income or investment goals. 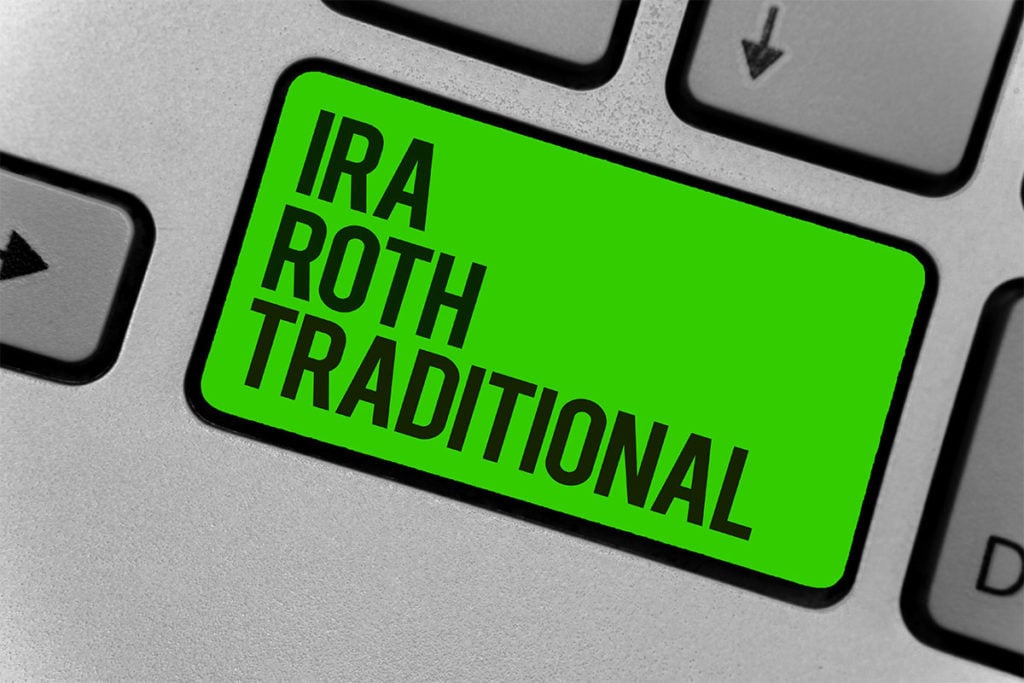 What Is a Roth IRA and How Does It Differ from a Traditional IRA?

The primary IRS rule that distinguishes the two main IRA types can be summarized as: Pay me now or pay me later. For tax year 2018, anyone under the age of 70½ who has earned income may make contributions of up to $5,500 per year to a traditional IRA ($6,500 per year if the person is over 50). Depending on the account holder’s income and a few other factors, these contributions are often fully tax deductible. Later withdrawals from the account are taxed as ordinary income.

The scenario reverses for a Roth IRA. Contributions to the account are made on an after-tax basis. (The amount contributed cannot be deducted from one’s gross income for the year, so one effectively pays tax on the contribution.) However, subject to a few restrictions, future withdrawals from the account are not taxed at all.

The second major difference between Roth and traditional IRAs lies in the rules governing withdrawals, or distributions. Both types allow distributions beginning at age 59½, although with a Roth IRA, withdrawals made less than five years after the first contribution occurred lose their tax-free status. The real difference, however, is that with a traditional IRA annual distributions to the account owner are required beginning at age 70½. There are no required distributions with a Roth IRA. If an account owner doesn’t need the money, it can simply stay in the account and continue to build value indefinitely.

Benefits of a Roth IRA

At first blush, the “pay me now or pay me later” IRS rule may make it seem like choosing between a Roth and a traditional IRA is essentially a coin flip. However, closer examination of potential tax and estate planning advantages reveals that the coin is heavily weighted in favor of a Roth for the following three reasons.

Because taxation of a traditional IRA occurs at the back end when withdrawals are made, the account owner ultimately pays tax both on contributions to the account and on the investment returns generated by the account. By paying taxes at the front end when the contributions are made, Roth IRA holders enjoy 100% tax-free growth on their investment. In theory, at least, the account becomes tax exempt when it is worth the most.

With a few very specific exceptions, withdrawals made from a traditional IRA before the age of 59½ incur an early withdrawal penalty in addition to taxes. With a Roth IRA, contributions that have been in the account for at least five years can be withdrawn without taxes or penalties even before the age of 59½. Note, however, that early withdrawal of account earnings (investment returns) is still subject to a penalty with a Roth.

It is important to remember that taking annual distributions is required with a traditional IRA after age 70½, even if the account holder has no need for the money. With a Roth IRA, there are no mandatory distributions. If the account owner never needs the money in the account, a Roth IRA can be passed along to heirs, who can spread out their own tax-free withdrawals from the account over as many years as they choose.

A Roth IRA may be created directly, which means that the account holder declares the account as a Roth from the beginning. Directly establishing a Roth IRA is as simple as finding an investment firm or financial advisor that offers Roth IRAs.

Unfortunately, high-income taxpayers will find that the door to direct creation of a Roth IRA is closed and locked. Individuals with an adjusted gross income (AGI) of $135,000 or more, and married couples filing jointly with an AGI of $199,000 or more, cannot make contributions to a Roth IRA for tax year 2018. However, it is still possible for these taxpayers to create a Roth IRA through IRA conversion, also known as the back-door method.

To use the back-door method, an investor begins by putting money into a traditional IRA, most often by making a contribution. Anyone with earned income can contribute to a traditional IRA; the only apparent disadvantage for those with higher incomes is that their contributions are nondeductible. However, since the goal of a back-door conversion is to create a Roth IRA, paying tax on the contribution is desirable anyway.

Alternatively, the traditional IRA can be funded by transferring money from a 401K or company pension plan. This is known as a rollover. Rollovers are not subject to limits and do not count toward the annual contribution threshold of $5,500 or $6,500, so an entire 401K or pension fund can be rolled over in a single transaction.

Once the traditional IRA is established, the account holder can convert it to a Roth IRA. Conversion to a Roth used to be subject to income limits, but present-day laws allow anyone to perform such a back-door conversion. In fact, the congressional conference committee that finalized the Tax Cuts and Jobs Act of 2017 explicitly confirmed the legality of the back-door method, effectively ordering the Treasury Department to continue allowing it.

Potential Risks of a Roth IRA

The primary risks associated with a Roth IRA are that future income, future investment values, and future tax rates and regulations can never be known with certainty. If component investments of a Roth IRA suddenly plummet in value, for example, front-end payment of taxes becomes a regrettable decision — tax was paid on money the account holder will never see.

In the past, Roth IRA owners had access to an escape hatch known as recharacterization, which amounted to an IRA “undo” button. Account holders who had converted traditional IRAs to Roth IRAs could reverse the process by recharacterizing the Roth account as a traditional IRA.

Various regulations and restrictions applied, of course, but there is no point in going into those now, because under the Tax Cuts and Job Act, recharacterization was outlawed as of October 15, 2018. Back-door conversion to a Roth IRA is now permanent and irreversible. As a result, opting to convert traditional IRA contributions to a Roth IRA is a much weightier decision than it used to be. Investments chosen for these Roth IRAs should be carefully scrutinized in order to ensure financial success.

Having a Roth IRA Is a ‘No-Brainer’

The tax and wealth management advantages of a Roth IRA far outweigh the risks, making the decision a ‘no-brainer’ for most people. Certainly, all investors who meet the income limits for contributing to a Roth should make it their default choice for a retirement account. For everyone whose income is above the limit, odds are still very strong that back-door conversion to a Roth IRA remains the best retirement account strategy. However, given that the door to Roth IRAs now only swings one direction, the decision to convert should be made after careful analysis of one’s long-term prospects, asset safety, and investment growth prospects.