In a recent, highly publicized case, the IRS rejected a tax settlement proposal known as an Offer in Compromise (OIC) from actor Wesley Snipes. Snipes sought to pay less than 5% of his massive tax debt of around $25 million. The IRS agents handling the case (called Revenue Officers, or “ROs”) flatly denied the proposal, showing no interest in negotiating further.

Much has been written about Snipes’ failure to resolve his IRS issues. I will focus instead on how individuals with heavy tax debts can and do successfully use OICs to remove the stifling weight of IRS debt from their shoulders and regain financial freedom. 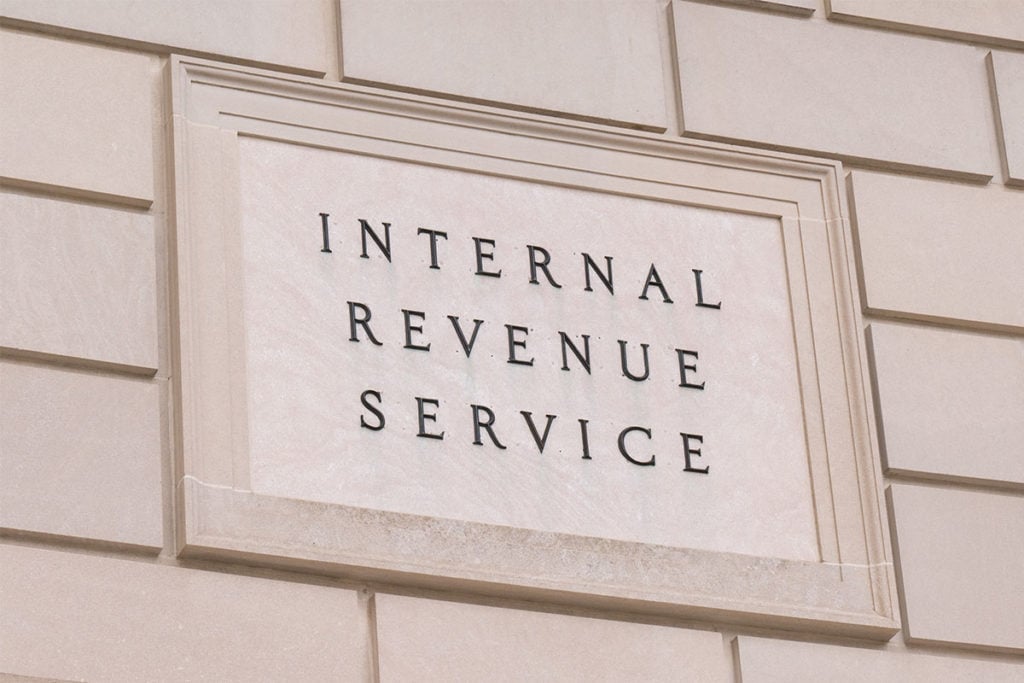 The IRS is notorious for its aggressive collection tactics, from wage garnishments to seizures of property and bank accounts. When faced with levy notifications and the constant hounding by debt collectors week after week, the first thing taxpayers with large IRS debts need is a chance to catch their breath and begin sorting out the situation. A temporary payment plan, together with the one-year rule, can provide that much needed breathing room.

In essence, the one-year rule allows delinquent taxpayers to make small payments relative to the size of their tax debts for 12 months. For example, someone who owes the IRS $1.3 million might pay only $3,000 per month ($36,000 total) during the first year. When this “mercy” year ends, the taxpayer is expected to increase monthly payments to a level that ensures full payment of all tax, interest, and penalties owed, within a time frame acceptable to the IRS. Typically, the allowed period is six years (including the year covered by the one-year rule), or the expiration date for the statute of limitations on the unpaid taxes, whichever comes first. Using this overall six-year limit, a typical monthly payment on a $1.3 million debt would be in the ballpark of $25,000 beginning with the 13th month.

From the point of view of the IRS, the one-year rule gives those with large tax debts a chance to make necessary lifestyle changes so they can afford the much higher monthly tax payment. For example, a taxpayer with a $20,000 monthly mortgage payment could sell that house and move into humbler quarters, freeing up thousands of dollars a month.

The unfortunate reality is that most people who owe large tax debts either cannot or will not modify their spending habits enough in one year to facilitate a huge jump in monthly IRS payments. While coming up short at month 13 might not immediately trigger a visit from an RO, it only takes one missed or partial payment to be judged in default. Within a few months of such default, IRS collectors will be back, more aggressive than ever.

An OIC Could Be a Delinquent Taxpayer’s Only Way Out

Even rare tax debtors who make an admirable effort to reorganize their lives and finances under the one-year rule still might not be in a position to make the payments the IRS demands when year two rolls around. Eventually, many delinquent taxpayers with a large and seemingly insurmountable tax debt find that they have only two options: a declaration of bankruptcy in an attempt to render the debt dischargeable, or an offer in compromise.

Unlike the unrealistic rock-bottom OIC put forth by Wesley Snipes, a good-faith OIC will generally convince the IRS to call off the dogs for several months, while IRS specialists review and evaluate the offer. So how does a conscientious tax debtor formulate an OIC that the IRS will seriously consider? The answer is a lot less mysterious than most people believe.

The Keys to OIC Acceptance

Fly-by-night tax businesses (known as “offer mills”) enthusiastically promise in television and radio ads that their clients can settle their tax bills for pennies on the dollar. The harsh reality is that almost all low-ball OICs are doomed to fail. However, as I explained in a previous article on the three types of OICs, the situation is far from hopeless. Taxpayers can and do arrive at fair settlements for large tax bills—even those reaching as high as tens of millions of dollars—as long as they meet the IRS on its own terms.

The first two of these key elements require a thorough understanding of Reasonable Collection Potential (RCP).

Understanding RCP: Methods for Generating an OIC That Works

The concept of “Reasonable Collection Potential” is the central pillar around which the entire IRS approach to OICs is built. In brief, RCP is an estimate of the total amount that a delinquent taxpayer can afford to pay while still maintaining a standard (not extravagant) quality of life. Perhaps the principal reason that so many OICs fail is that many taxpayers—and many tax professionals—grossly misinterpret the U.S. Treasury’s definition of the word “reasonable.”

In everyday life, the word “reasonable“ covers a vast gray area of opinions and personal biases. However, RCP is not based on hunches or subjective interpretations of a taxpayer’s circumstances. The IRS relies on strict formulas to arrive at RCP figures, formulas that are readily available to the general public through Form 433-A (OIC) and the accompanying “Collection Financial Standards.”

If RCP is the central pillar of tax debt settlements, Form 433-A (OIC) is the foundation stone on which that pillar rests. Taxpayers seeking an OIC settlement must accurately complete and file this form, which clearly shows all the factors used to calculate RCP—including current and anticipated income; bank, investment account, and retirement account balances; real estate holdings; and the values of other assets such as furniture, cars, boats, and jewelry.

Form 433-A (OIC) even shows exactly what portion of the value of each asset will be counted toward the taxpayer’s RCP. The relevant amount is usually 80% of fair market value, less any mortgage or loan amount owed on the asset. Fair market value for assets such as vehicles and golf course memberships can be easily established in this manner; for homes, artwork, and other items of very high and variable value, the IRS usually requires a professional appraisal.

Allowances for Expenses: The National Standards

The IRS recognizes that everyone must pay ongoing expenses in order to live, and Form 433-A (OIC) provides space to report these expenses as well. However, the expense a taxpayer may report for such items as food, clothing, housing, and utilities is governed not by the taxpayer’s current lifestyle, but by the IRS’s published “National Collection Financial Standards.”

For most categories, Form 433-A (OIC) filers must report either their actual expense or the amount specified in those standards, whichever is less. However, there are several exceptions to this rule, which must be taken into account by the applicant. In addition, even though the expense standards are referred to as “national” in IRS literature, allowed amounts in categories such as housing and utilities are adjusted by state and region. While none of the calculations involved are beyond the understanding of the average OIC candidate, thorough research is necessary to determine how to apply the standards in any given situation.

What Are Dissipated Assets and How Do They Affect RCP?

One of the larger disputes between Wesley Snipes and the IRS involved the matter of dissipated assets. Roughly speaking, dissipated assets are things of value that delinquent taxpayers owned at the time they first fell behind in paying taxes, but have since sold. The IRS takes a harsh view of the disposal of any asset that appears to have been undertaken frivolously or for the sole purpose of avoiding payment of back taxes.

Therefore, anyone putting together an OIC in the hope of settling a large tax debt should expect an RO to look into any recent property sales. Many transactions—such as selling a house in order to relocate for a new job opportunity—will be deemed fair and reasonable by IRS collectors. However, certain activities are guaranteed to draw intense scrutiny, such as:

The Art and Science Behind a Successful OIC

While the formulas used by the IRS to determine RCP are easily accessible and visible to all, it does not mean that gathering all the documentation required to support an OIC is a simple matter. Individuals who need to settle a large tax debt should seek out a tax pro who has handled many similar cases, and possesses the unique knowledge necessary to adeptly apply RCP rules to such substantial tax obligations.

The Wesley Snipes tax saga is an extreme case, but can nevertheless be instructive for any taxpayer attempting to settle a large debt with the IRS. Successful OICs result from painstaking gathering and presentation of information, full and proactive disclosure of all pertinent assets, and a positive partnership between an informed client and a tax advisor with specialized knowledge of RCP precedents.

The process is not about out-maneuvering or out-negotiating veteran IRS Revenue Officers and OIC Specialists, but rather fully understanding how these IRS experts evaluate tax settlement cases so that an OIC can be effectively structured to fit within those criteria. The exact amount that the IRS will ultimately deem acceptable as fulfillment of an individual or business’s total tax obligation will depend on many factors. With the right approach and the proper advice, a settlement that all parties can live with is 100% attainable.