Much has been written about the numerous issue-specific enforcement “campaigns” announced in 2017 by the Large Business and International (LB&I) Division of the IRS. Most of the campaigns center on specific reporting and filing requirements that the IRS has determined many taxpayers are failing to meet. A few campaigns, however, focus more on sorting out disputes over the meanings of terms and rules that have a big impact on the tax liabilities of specific industries. 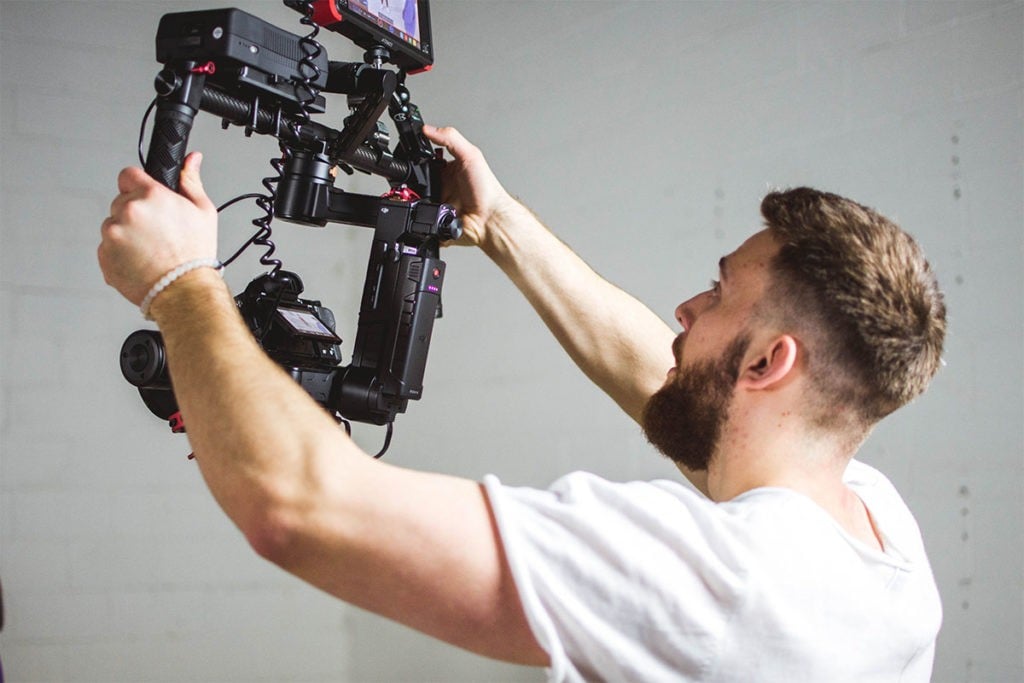 The LB&I’s quest to clean up deductions claimed under Internal Revenue Code (IRC) section 199 by TV broadcasters and multichannel video programming distributors (MVPDs)—a designation that covers traditional cable service providers and new streaming services such as YouTube TV—is a case in point. Underlying all the confusion and controversy is a tax provision originally intended to encourage film and television program production activity within the U.S. Unfortunately, in its attempts to clarify the various terms associated with section 199, the IRS has arguably only roiled the waters further, with a series of seemingly contradictory statements and technical advice memoranda (TAMs) dating back to at least 2010.

The bottom line is that the application of traditional concepts of what constitutes “production activity” or a “film” to the rapidly evolving world of modern media is extremely complex. I will offer here some insights on the key terms and the basis for the controversy, but taxpaying entities classified as MVPDs or TV broadcasters would be well advised to seek the advice of a qualified tax professional in order to determine the limitations on any section 199 deductions they may claim.

The Murky Definition of “Qualified Film” Under IRS Section 199

The federal government has long utilized the IRC as a means of incentivizing certain behaviors that contribute positively to the overall performance of the American economy, such as domestic film production. In the case of section 199 deductions, both the expenses and the revenue from which they are deducted should relate to a “qualified film,” which, at least in theory, is a film created through substantial production activity within the U.S.

Specifically, the IRS states in Revenue Ruling 2018-03 that a qualified film is “any motion picture film or video tape … or live or delayed television programming (film), if not less than 50 percent of the total compensation relating to the production of such film is compensation for services performed in the United States by actors, production personnel, directors, and producers.” Who would have thought that the sticking point in this definition would not be the meaning of the word “qualified,” but in fact the meaning of the word “film?” It sounds almost absurd, but that is indeed the case.

Examples of how the IRS Applies the Definition

When a cable network assembles a programming package consisting of third party-produced movies plus its own original content and licenses the package to local cable service providers, can the entire package be considered a qualified film if the U.S.-based compensation requirement (“not less than 50%”) is met?

Most often, yes, because the process of assembling the package, reformatting the movies for TV broadcast, etc., can be considered production activity. The strange thing is that the IRS has been fairly consistent on this matter over the years, even though LB&I representatives have continued to insist in many contexts that the term qualified film can only be applied to an individual film, not multiple films assembled as a package.

When the local cable service provider (an MVPD) distributes that same programming package as part of its multichannel offerings to its paying customers, can the MVPD classify the package as a qualified film?

Most often, no, because the MVPD’s role is, in theory, limited to distribution of the material. In particular, the payment of licensing fees by the MVPD to the cable network is generally not deemed to qualify as a production activity or expense.

What if, in order to broadcast some portion of the package, the MVPD must do significant additional production work, or what if the MVPD adds originally produced content to the package before distributing it to customers?

In this case, the package could become a qualified film, but it is unlikely that the compensation paid for such production work would enable the MVPD to meet the “not less than 50%” threshold for the package as a whole.

Suppose an individual program or a group of programs within a package offered by an MVPD would meet the requirements for qualified film classification if it were split off from the rest of the package. May the MVPD treat that program or group of programs as a separate item in order to claim a section 199 deduction?

Most often … sometimes. Believe it or not, the precise meaning of the word “item” within the context of section 199 is even more intensely debated than the meaning of the word “film.” However, recent IRS statements, apparently representing a reversal of past rulings, indicate that there are indeed cases when an MVPD may split off a portion of a programming package for the purpose of treating that portion as a qualified film.

Basis for a Section 199 Deduction: What Are DPGR and QPAI?

Assuming an MVPD or other broadcaster actually manages to determine which of the assets it distributes may be treated as a qualified film, the size of the section 199 deduction that can be claimed hinges on two other key terms: domestic production gross receipts (DPGR) and qualified production activities income (QPAI). Revenue Ruling 2018-03 defines DPGR as “the gross receipts of the taxpayer that are derived from any lease rental, sale, exchange, or other disposition … of any qualified film produced by the taxpayer.” QPAI is essentially the company’s DPGR adjusted for cost of goods sold and other deductions or expenses associated with those receipts. A section 199 deduction cannot exceed 9 percent of the lesser of the taxpayer’s QPAI and its taxable income.

Once again, everything hinges on the precise meaning of the term qualified film, a matter that is far from definitively settled. Unfortunately, Albert Einstein was not available for comment.

Actions the LB&I Will Take Under the Campaign

In recognition of the complexity of this issue, the LB&I is primarily focusing on educating taxpayers by distributing revenue rulings, TAMs, and analyses of various example cases. Nevertheless, MVPDs and TV broadcasters should anticipate greater scrutiny of all their section 199 deduction claims in the coming years. Taxpayers within these industries would do well to carefully read all IRS advisories on qualified films and to stay abreast of any new developments in the interpretation and enforcement of the related rules.